"Mary O. and Yamamura: The Movie[1] is an upcoming live-action film based loosely on the game Super Mario Maker and especially the online Super Mario Maker: Crash Course comic series starring Mary O. and Yamamura on said game's official website. The movie was first mentioned by Yamamura at the end of episode 7 of said comics, but was originally believed by fans to be a one-off joke and not an actual upcoming film, especially since Mary O. immediately denies the existence of such a movie; however, in April 2018, Mary O. and Yamamura was confirmed to be an actual movie when Nintendo released an official teaser trailer on their YouTube channel[2]. The film is scheduled to be released in September 2018."

"Nothing is known about the plot thus far - or indeed, if it is possible for such a movie to have a plot - but it is confirmed that Mary O. will be played by Irish singer-songwriter Enya Brennan, and"

"but it is confirmed that Mary O. will be played by Irish singer-songwriter Enya Brennan, and"

"Mary O. will be played by Irish singer-songwriter Enya"

DID I READ ANY OF THAT RIGHT?!

I'm fanboying so much right now that I'm fanGIRLing!... yeah okay, I guess that makes no sense whatsoever, but oh well. :P


Wait... how can this movie even exist?? I thought Nintendo and Illumination were already working on an animated Mario movie – is Nintendo working on the animated movie AND Mary O. & Yamamura at the same time for some reason? And as much as I like the Super Mario Maker Crash Course comics, the fact remains that it's just an eight-episode-long tutorial for making good Super Mario Maker levels - how can ANYONE possibly adapt it into a full-length movie?? And just how many bets did Enya lose to end up having to play the guide to a video game manual??

...Okay, why am I looking a gift unicorn in the esophagus? MARY O., the most underrated fictional character I know of, is going to be in a MOVIE. Played by ENYA. This is the best thing that has happened to me this decade. :D


And yes, I KNOW, I KNOW, people are upset that they didn't get a Japanese actress for Mary O., and I respect their opinions. But come on... Enya music notwithstanding, I never thought my ♯1 celebrity crush OR my ♯1 fictional character crush would be in a movie whatsoever!! Now the former is going to be PLAYING the latter??

You'll probably all hate me for this (and I know I say that a lot, but I'm even more sure of it this time...), but sorry, I personally am NOT going to miss out on this movie!!

To me, this is going to be the best movie EVER!

...well, unless there turns out to be a catch to it, like maybe a certain YouTuber who makes up theories about video games that a lot of his fans take too seriously and blindly accept as fact is also in this movie or something. But that would never happen!


EDIT: Guess who they picked to do the voice of Yamamura. :(

Why didn't I see that in the article the first time? How did I manage to copy and paste the entire remainder of that sentence without noticing that it ends with "Yamamura will be voiced by Matthew Patrick of the YouTube channel Game Theory"?!

Enya being in a movie as Mary O. is still enough that I'll watch it, but WHY does MatPat have to also be in it? :(

HOW, JUST HOW, DID PHOTOBUCKET MANAGE TO REPLACE ALL MY LIVEJOURNAL USERPICS WITH THEIR PLACEHOLDER IMAGE?!

HOW IS THAT EVEN POSSIBLE??

My userpics aren't even hosted ON Photobucket!!!

Fortunately, my DW userpics don't seem to be affected for whatever reason. (YET...)

You know what? I never thought I'd say this, but I think I decided to leave LJ for real and move to DW permanently. It was so much easier when I only had one journal to maintain... (Though while I highly doubt I'll change my mind about this, please, if you list me as a friend on here, keep me listed just in case).

You know how I said that I was planning on leaving LJ because Photobucket managed to (SOMEHOW??) take down all my LJ userpics but not my DW ones?

Scratch that. I was just about to delete my LJ account, but then I happened to check and:


MY DW IS SUSPENDED NOW.

Those seven months I spent fixing my entries on DW were all for NOTHING.


And those people hate LiveJournal's staff??


And now some of you are going to say that I deserve to have my LJ userpics and my DW taken down because I'm planning to see Mary O. and Yamamura: The Movie, aren't you? :(

It was bad enough that Photobucket took down my LJ userpics somehow and my DW is suspended.

NOW I heard that LJ might be shut down at the end of the year??

Where am I supposed to move all my stuff to if that's true?! It's like today is Matt's Day Starts Out Amazing But Then Everything Goes Wrong At Once Day or something...

Where should I move all my content to now?


On the plus side, it looks like MatPat ISN'T going to be the voice actor for Yamamura! (and now everyone's mad that they replaced him but kept Enya, making my opinion about that movie even MORE unpopular...)


*I think the game's been out long enough that it's safe to put songs like this as the music tag without anagramming it...

Open to: All, detailed results viewable to: All. Participants: 3

Where should I copy all of my content to now that my DW account is suspended and LJ is apparently going to be shut down by 2019? 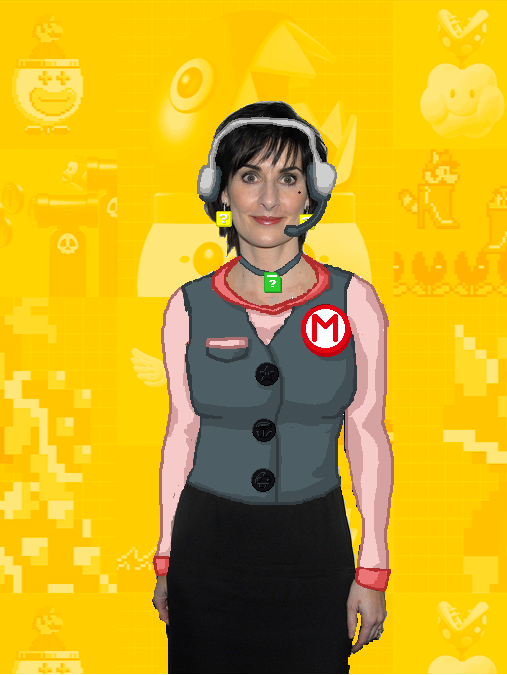 Check out this exclusive photo of Enya in her role as Mary O. in the upcoming--

Oh wait, April Fools' Day is already pretty much over. That, and this "exclusive photo" might also just be an existing photo of Enya edited onto a Super Mario Maker background and with Mary O.'s clothes drawn over hers. Made by me. Because, again, my entry about Mary O. and Yamamura: The Movie was an April Fools prank. :P

Oh, and all those other things (Photobucket somehow taking down non-Photobucket userpics; my considering deleting this journal; my other journal being suspended; this site shutting down) were April Fools pranks too, even if you see this before I'm done changing the Photobucket placeholder userpics back to the normal ones (which I probably won't get done with all of tonight). So please, don't panic. Please. :)

I have to say, after over three years of trying to fix various broken images and other things in my journal, it was so surreal putting time and energy into breaking some of my images instead. :P

This is pretty much how it felt!


If you missed any of these April Fools entries, here they are:
Mary O. and Yamamura: The Movie: LJ DW
Photobucket'd userpics: LJ DW
Account suspended: LJ DW
Where should I move my entries to now?: LJ DW
Since I couldn't add a poll to the LJ version of the previous entry after it was posted, I was forced to put that in a separate entry instead. And then to crosspost that entry to DW just because I don't like the idea of a LJ entry not having ANY counterpart on DW. (though I made the DW version private until now)


Even if you normally read my entries only on LJ or DW, I recommend making an exception here and reading both copies of each of my April Fools entries, because as part of the joke this year, I might have thrown my usual attempts at making my LJ and DW look nearly identical out the window for the day and deliberately introduced a few subtle differences between the versions of these entries... ;)