So, last weekend my friend and I went to Scarborough Faire! It really felt like a trip back in time... to 2009. :P (2009 was the last time I was there, even though I apparently never posted about that time.) While I was there, I discovered a new band (Queen Anne's Lace) and new musician (Lady Prudence) that I really like, and even bought one CD of each!

...that I just discovered I can't listen to because the CD/DVD player in my computer apparently stopped working at some point between February and now. :(

(EDIT A DAY LATER: Got it working again with

ellaina02's help! Yay! Future self, if you're reading this and having the same problem: I had to go to Device Manager and uninstall the CD drive, then restart Windows so it'd automatically reinstall. No more websites I like have gone down between my time and when you got to play Super Smash Bros. 5 at that Enya concert, have they?!)


And when I got home, I finally got to watch Cloudy With a Chance of Meatballs! I've been wanting to see that ever since it came out eight years ago! :)


Also, I took this screenshot on Wednesday (I think), so it's a little outdated now, but: 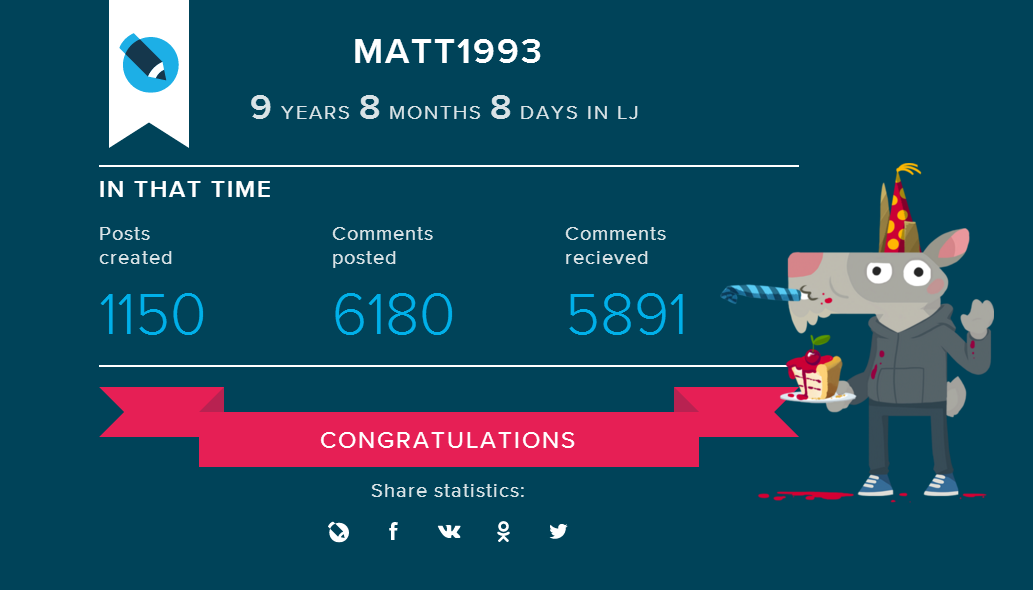 I can't believe I joined LJ closer in time to when it launched than to the present. Why do I have the sudden urge to yell at kids to get off my lawn? :)


There were probably more things I wanted to post about but I forgot because I'm disappointed about not getting to listen to my new CDs yet. :(
Collapse