Or they might as well, because a few days ago, I saw this screenshot of New Super Mario Bros. Mii on the Super Mario Wiki: 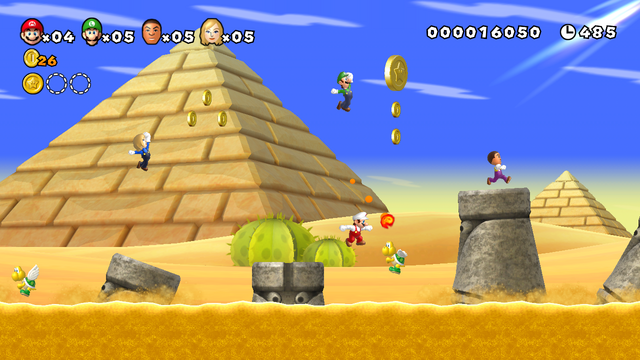 After less than 3 seconds of looking at this image, I thought of this: True, it might have been said that NSMBM is only a tech demo and not an upcoming game, but riddle me this: why would Nintendo bother designing three new types of platforms for a game they're not even gonna finish making? After all, MIPS was only created for Nintendo 64 testing but ended up making it into Super Mario 64, so who's to say New Super Mario Bros. Mii won't be a real game?

I can only hope that I'll meet two guys in college that are willing to play as Enya and Moya in a Mario game...

Hi-larious! I love how the bill collector continues to stay as professional about it as possible.